It all began in 2007, when a student using a motorized wheelchair was unable to access the call button after getting stuck in an elevator. An elevator technician took note of the fact that because the chairs students with severe physical disabilities use are so large, the students were unable to turn around in the elevator once inside. Many students with severe disabilities also lack the physical ability to reach out and push a button. The technician took his concern to Dan Mast, then the manager of systems and services in the Department of Electrical and Computer Engineering (ECE). He proposed a senior design project in which ECE students would design a wireless elevator remote control.

It took several years and intense collaboration among staff in ECE, University of Illinois Facilities and Services (F&S), and Beckwith Residential Support Services (BRSS), a division of the Division of Disability Resources and Educational Services (DRES) to develop a functional remote control. It’s a custom job, says F&S elevator mechanic Ron Pryor. “You have to know the voltage for each elevator, how many floors there are, how the floors are labeled, and how tall the elevator is in order to have enough cable to install the antennas that are required to make the system work,” he said.

On a campus as large as Urbana-Champaign, how do they know which elevators to retrofit with the remote control system? BRSS disability specialist Paige Lindahl-Lewis says the process of identifying elevators begins in the summer. “During our orientation for incoming students to the Beckwith program, we assess whether the remote control is going to be an effective tool for them. If it is, we find out where their classes are and submit work orders to F&S. They work with ECE to get the device developed, installed, and working,” she said. She also works with individual students to determine the best location for the remote control on their chairs, taking into account their differing physical capabilities. 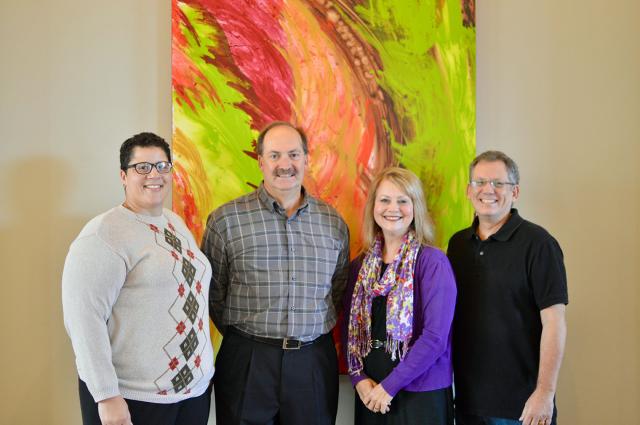 DRES director Pat Malik says the system has been installed so far on 33 elevators around campus. That’s 33 elevators that students with severe physical disabilities can operate completely independently. The remote control device, which is now the size of a deck of cards, calls the elevator when a student selects a floor. A button on the remote will hold the door open for an extended period to give them time to enter. The device also has the means to activate the emergency feature on each elevator if necessary.

“This work is not being done anywhere else, and it’s making such a difference in access for our students with severe physical disabilities,” Dr. Malik said. She nominated the project for a Larine Y. Cowan Make A Difference Award, saying, “…it exemplifies the best about the University of Illinois…bringing the finest minds together to solve real-world problems with the cooperation of various people and units on campus.” The project earned the 2016 Cowan Award for Excellence in Access and Accommodations.

Device developers are not resting on their laurels, however. Dr. Malik says the next phase of the project will be the development of a smart phone app that will operate the modified elevators, enabling students to have one less device to manage. “The app will allow for moving this project beyond the University of Illinois campus to other built environments,” Dr. Malik said, greatly enhancing accessibility for people of all ages with severe physical disabilities.